"Found in Brooklyn" wishes you all a relaxing holiday, low on worries and full on goodness. Peace! 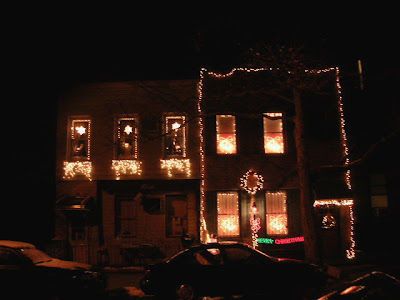 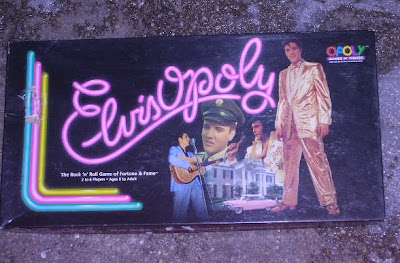 Back to F.I.B's original premise....WHY DIDN'T I TAKE THIS HOME WITH ME? WHY?!!! I LOVE ELVIS! I even went to Graceland and had an mazing cat of the same name! I am exhausted folks, F.I.B has not been blogging much because I've been working like a dog and going to school. The semester is over, I am sooo happy not to have to take the F train to Bay Parkway and switch to a bus and get home at 11oclock at night...I'll be posting more often me thinks.If anyone cares!
Posted by Lisanne 4 comments

F.I.B is always late to get into the holiday spirit and to quote from a blog post from last year where I said,
"I was raised in a house where we never got a tree until Christmas Eve. All my life I thought it was a quaint old world tradition (well, actually it kind of is) but a couple years ago I found out the real reason we did that was because the trees were half price on Christmas Eve.

If you want to read a a bit more about why I chose to divulge my saga to the world last year, click here!
And now I give you Christmas in Carroll Gardens, Brooklyn USA! 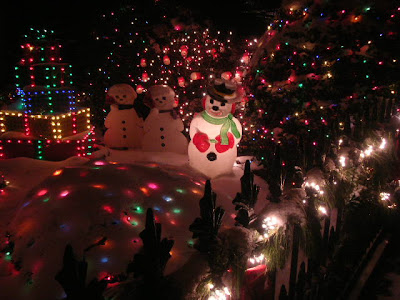 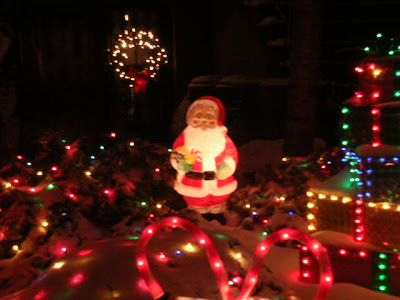 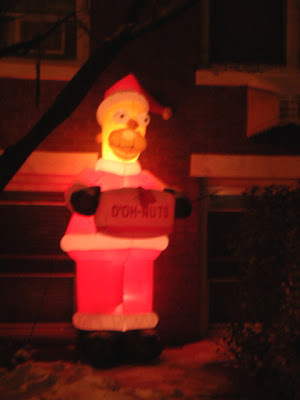 Homer all alone on 1rst Place. 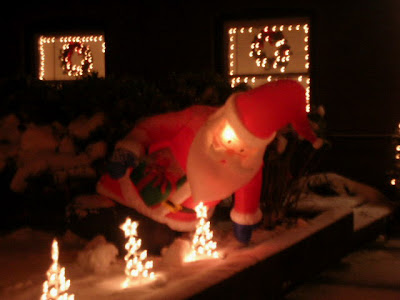 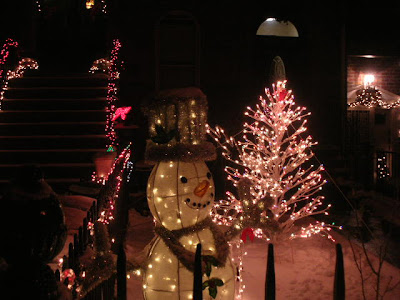 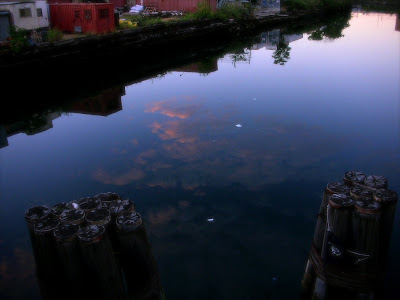 Even though CB6 approved the Toll Brothers project the community is still fighting, FOR GOOD REASON! I quote the Urban Divers comment on the petition here- because they tell it like it is:
"The Gowanus Canal has historically and continues to be the catalyst for the severe environmental denigration that challenges public health and has caused the economic decline of the community. CLEANING THE GOWANUS CANAL FIRST, before IMPOSING ENCROACHING LUXURY HOUSING and or OTHER HUMAN DENSITY DWELLINGS, is the only way to PROTECT PUBLIC HEALTH, and RESTORE ENVIRONMENTAL QUALITY and SUSTAINABILITY. THE CLEANING AND RESTORING OF ENVIRONMENTAL QUALITY OF THE GOWANUS CANAL FIRST, is the only way that the community, the city and the state will ever reap a REAL BENEFIT, and restore economic viability of the Gowanus Canal community and beyond."

NYHC A-7 Reunion Show: The Return of a bunch of former Reagan Youths 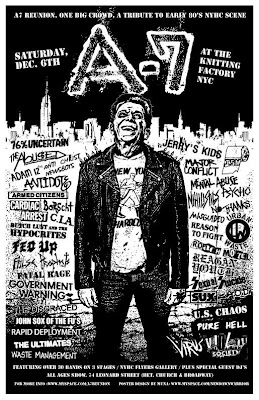 LOUD FAST RULES! So F.I.B is switching gears now from the theater to an amazing punk rock show (for some!) taking place at the soon to be closed down as of January 2009 Knitting Factory in money makin’ Manhattan. I ‘ve mentioned before that F.I.B was a “hardcore kid” in the 80’s before discovering her love for 60’s garage rock but I’ll mention it again. New York City in the early to mid 80’s had a thriving largely undocumented punk rock music scene largely run by mostly teenagers. Most were from the Lower East Side and Queens. This is the scene that Beastie Boys spawned out of… Anyways…there was a club on Avenue A and 7th Street in the East Village called the A-7 club that was the epicenter of the scene, it closed in 1983, I actually never went there but I did go to it’s second incarnation in an abandoned building at the corner of 2nd Avenue and Houston Street which probably closed in 1983 as well! It actually collapsed a few years ago. Anyway this music came out of the Reagan era and this show is billed as “A tribute to the A-7 Club”.

Check out some of these excellent photos by photographer Drew Carolin to get an idea of just how young the scene was. Navigate your way to “matinee”, he took a lot of photos of “the kids” back in the day. FIB is in none of these photos but many friends are!