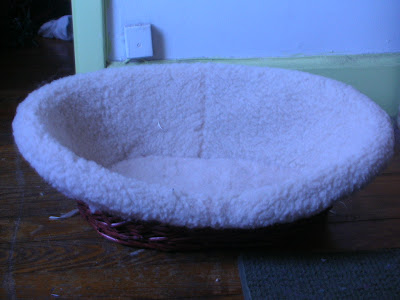 Doesn't look like it's ever been slept in, hopefully my cats will! 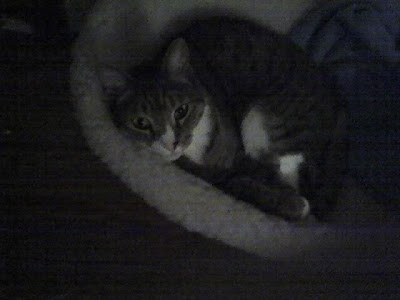 Shrek - a short and tragic life.

Shrek was found by a friend and given to me as joke one day. He was a brand new life size plush toy. He was found at the curb somewhere in Carroll Gardens. Shrek stayed with me for a while.His lifesize hunch back figure and eyes that looked right at you scared the bejezzus out of anyone who entered the room. For all his homliness, he cut a loveable character and I don't usually find stuffed animals cute. 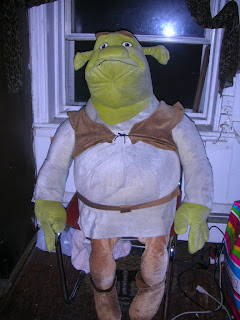 It came time for Shrek to move on. Back he went to the streets and within an hour he was gone from the front of my house. I was secretly hoping that he was tied to the front of a garbage truck, he was the perfect mascot for New York's "Strongest".

Month's later, on a weekend morning, the morning before New Year's Eve to be exact, I look out my kitchen window and I spot Shrek!!!! Shrek is in my neighbors backyard. he was not traveling the streets of Brooklyn as I had hoped. Shrek was sitting in a shopping cart in my neighbors back yard. Weird. 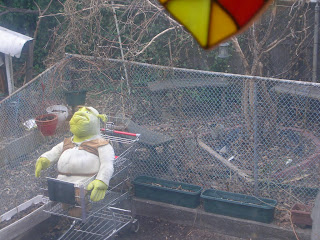 Later on, I hear the sounds of a party, as the party went on and got louder and louder, I hear what sounds like gunshots, I STILL am not sure what that was about, then the sounds of rallying to "WHACK HIM"! Poor Shrek was getting the stuffing violently beat out of him by a bunch of drunks. I actually heard someone scream "KILL HIM"!!!!

It sent chills up my spine. Poor Shrek. How could they do that to you? The crowd was drunk and might of started beating ME if I intervened! The mayhem was so loud, no matter where I went in my house I couldn't get away from it!

Next Morning, I'm afraid to see what transpired in the yard but I take a look. The picnic table is overturned, the shopping cart is on it's side and poor Shrek's remains, in the form of tiny white styro balls that look like tic tacs are over the yard. ALL OVER the yard. They are even in the fenced in garden with the Virgin Mary statue. They beat Shrek up in front of the peaceful face of the VIrgin Mary. ANIMALS!!!

Later on I am in the kitchen and hear the sound of bottles and cans. I had to take a look at who this jerk host was. He was looking haggard and was attempting to clean up the rubble of last nights scene from "Lord of the Flies". I had a little feeling of solice about the situation as today was New Years Eve and there was now way in hell that he OR his guests didn't have wicked wicked hangovers! Later I found out from the landlord, Angelo, who IS an actual garbageman and was the one who ended up cleaning up the yard, evicted partyboy.

Rest in Peace Shrek, if only I had kept you! 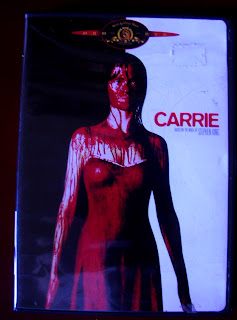 Found these two items on my very own block....high and low art at it's finest, although there are many who feel that "Carrie" is high art, it definitely had a message and that message was "Dump pig's blood on the quiet girl you DIE!!" Other things in the box, "Queer as Folk" DVD collection, HTML books, film school textbooks. 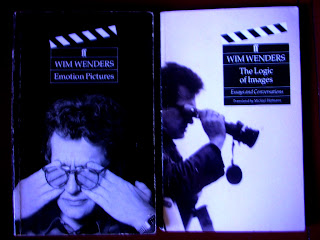 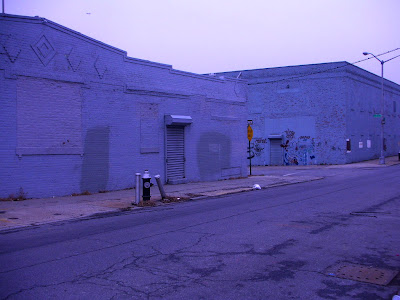 First off, this my block. My beautiful desolate block. I like to call it Tobacco Road, it's off the beaten path yet minutes from civilization. I decided to start this Blog today, this FREEZING cold February day and because of that I will begin posting photos of stuff I've found starting 2 weeks ago. I usually find stuff on the weekends as that is when people usually clean and clear stuff out. Eventually I hope that this will become more of a real time journal with me posting within a day or so of finding my treasure (or trash!)
Posted by Lisanne 5 comments 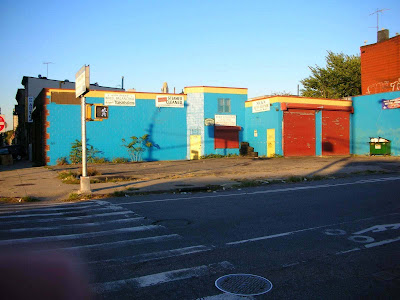 This garage is on Union Street between Nevins and Third Avenue. I am a sucker for old garages and warehouses (like the ones on my street) from the deco era. It's a little bit of L.A in Brooklyn. ANYWAY, I've always liked this garage, believe it or not it's bustling during the week but on Sundays it sits all alone waiting for me to take it's picture....whoever paints it always picks some pretty wild color combinations, I like the Miami look of 2006 more than it's current but no less colorful orange theme. 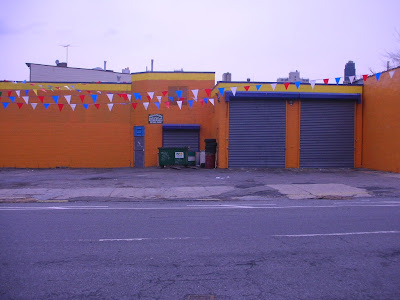 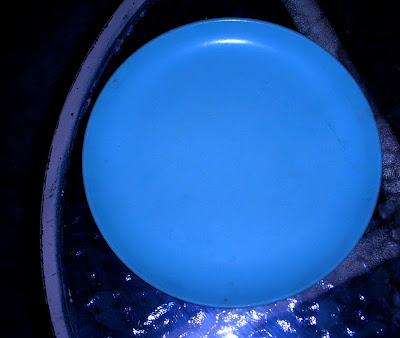 I found both of these treasures last Sunday when it was actually warm enough to walk outside. These were found on Carroll Street between 5th & 6th Avenues. If you break plates as much as I do you can understand how thrilled I was to find this!! I happen to collect melamine and this particular pale turquoise sandwich plate is by Melmac dinnerware of Boonton N.J. Melamine is a a molded plastaic invented in the late 1930's. It was hugely popular in the 1950's. I could go on and on about melamine, in fact I have a fabulous reference book (WHICH I FOUND ON THE STREET!)called ' "Art Plastic" "Designed for Living"' which has much more fascinating info on other molded plastic & resin items from the past.

In front of the same house I also found this fab brass rococooesque picture frame. This is no chintzy fake made in China, this was made in Italy baby, perfect for an old black & white photo of your ancestors. I may put art in it though, I'll let you know. 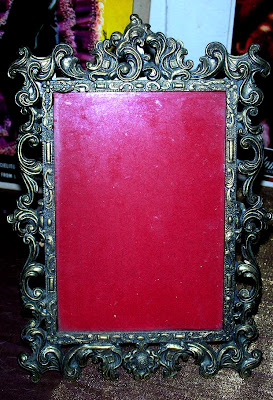 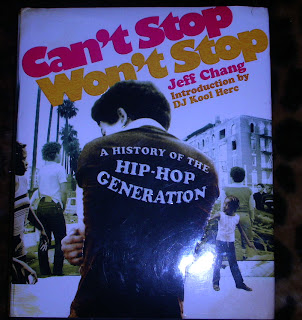 Found this around the corner on my way to the corner store about 3 weeks ago. Haven't read it yet, have any of you? Maybe it's yours!
Posted by Lisanne 2 comments