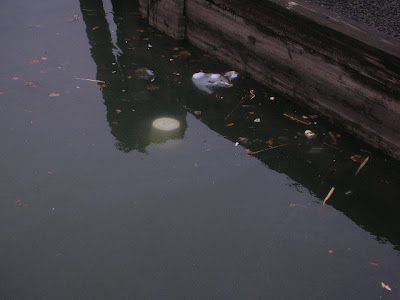 Despite the fact that luxury condos stand largely unrented, despite the fact that condo projects languish unworked on due to lack of funds and the big one: despite the fact that this project needs a huge enviromental cleanup which STILL has not been addressed in any serious detailed manner, The Toll Brother's think now is the perfect time to build. Recently, local Community Board 6, which had given their O.K on the rezoning so they can build this project has questioned the if the Tolls are going to include affordable housing in the project. Affordable housing was essentially the deal breaker for their OK. NOW with public monies drying up it is likely the Toll's won't get that funding. They don't have any intention in funding it themselves which would make the project an entire village of luxury condominiums.

" the fiscal crisis is not expected to disrupt Toll’s plan, or prevent it from securing funding from the city.

Read the whole article by Gary Buiso in the Courier here.

Also on the plate at the meeting is recent happenings at Public Place, the other neighborhood toxic site.
Posted by Lisanne