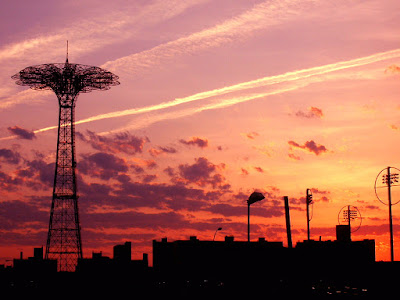 Coney Island was a popular place to be over the past weekend. Lots of people out but I got away from the crowds and walked away from Coney and walked to the end of the boardwalk which ended up in the exclusive gated community of Sea Gate. 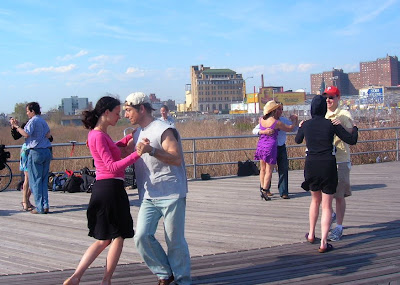 Along the way I passed people doing the tango. 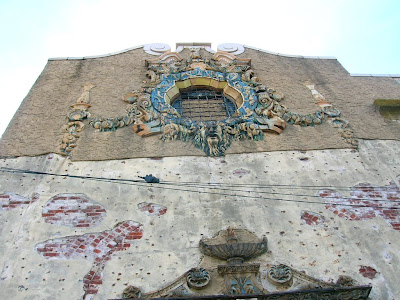 Then the old Child's restaurant and it's remnants of Italianate grandeur. 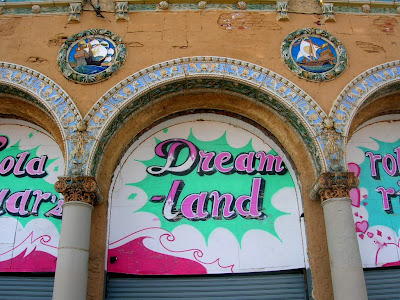 Once I got to Sea Gate, there was nothing but a fence and a bulldozer and from what I could see some very large homes. Like I said I couldn't see it because that neighborhood as it's name implies is gated and not for people like me to enter uninvited. Maybe one day....

F.I.B then topped the day off with some food from Uzbekistan! Diagonally across the street from the Freak Bar on Surf Avenue is an extremely reasonably priced restaurant featuring "European/Asian" cuisine called Timurlan Restaurant. Call ahead and reserve a private tented table. They also have live (Russian language) music in a bigger room off to the side which was beginning as I left. Meats (lamb,veal,goat) and their (from what I observed other diners cosuming) meat dumplings are definitely the Uzbecki thing to eat but not FIB's. I noticed that their on line menu (which is only a minute portion of their actual one)says they serve lamb testicles on a skewer as well. Being not so adventurous and a non meat eater I can only vouch for the salmon shish-ka-bobs which were divine and their homemade bread which was warm, fluffy and highly addictive. It was also the first time I every had tarragon soda which was as screaming artificial green as and tasted like Jagermeister without the alcohol, the green tea with the jasmine flowers was much more to my liking and one of the best pots of tea in my memory. It's new finds like this that makes me feel lucky to live in Brooklyn.
Posted by Lisanne

Next time you go to Coney Island, I want to go, too!