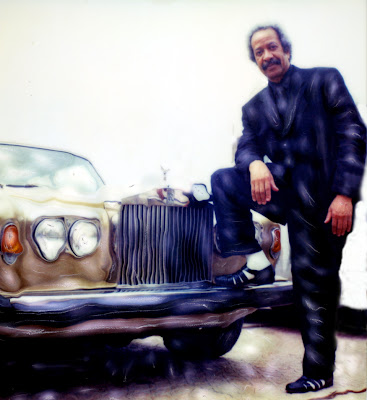 New York City is a treasure trove of free music once summer begins. One of F.I.B's absolute favorite music festivals is the BAM Rhythm and Blues Festival at Metrotech in downtown Brooklyn. I will never EVER forget seeing Bo Diddley there a few years back! The only downside of this festival is that it occurs at noon on Thursdays which makes it difficult to get to but, if you are able, try and make it down.

This Thursday at noon, New Orleans legend Allen Toussaint performs. Toussaint has written, produced and performed on many a great hit which include Dr. John's ""Right Place, Wrong Time", "Working in a Coalmine" recorded by Ernie K-Doe,(later covered by DEVO) and "Mother-in-Law" recorded by Lee Dorsey to name but a few. A performer in his own right, Allen recently finished a week long stint at the Village Vanguard that drew rave reviews and has also recently collaborated with Elvis Costello.

To read about and to listen to Allen Toussaint's recent performance at the Village Vanguard click here.
Posted by Lisanne